Superb Whiskies from the Subtropics

With a new bottling and modern packaging refresh, Shin Group Corp is ushering in a new era of Japanese whisky.​

As part of the design revamp, each product has been designated a distinctive colour on the label: light cyan for Inari Whisky; dark cyan for 5 Years Whisky; blue for 10 Years Whisky; and warm red for 15 Years Whisky, symbolising the mountain, sea and sun in Okinawa.

Tasting notes for each whisky are complex. Kujira 15 Years Old Whisky (43% ABV) gives aromas of dried plums, candied fruits, mint and chocolate aromas, leading to chocolate, vanilla, honey, spice, light smoke and toast on the palate. The finish is remarkably smooth, with liquorice and a peppery texture that develops into a clean and long finish.

The 10-year-old whisky, which is bottled at 43% ABV, offers honey and brown sugar on the nose with spices and soft oak. Upon sipping, the whisky brings flavours of butter caramel sauce, liquorice and baked bread. The finish is full of spices, with a slight pleasant bitterness to balance the sweetness. Kujira Ryukyu Whisky 10 Years Old won the Double Gold medal at the San Francisco World Spirits Competition 2021.

The five-year-old Kujira whisky (43% ABV) has aromas of caramel, vanilla, liquorice and spices. It is described as having a lovely caramel palate with fresh vanilla and slight tannins from the oak barrels. The finish is smooth, mellow and sweet, with a touch of pepper, oak and spices. Kujira Ryukyu Whisky 5 Years Old won the Gold medal at the San Francisco World Spirits Competition 2021.

Completing the whisky range is Kujira Inari, which sits at 46% ABV. The aroma delivers notes of apples, pears and tropical fruits, leading to delicate figs, nuts and butterscotch on the palate. The finish is sweet and long, with a fruity, herbal scent and woody texture.

Kazuhito Suzuki, master blender, said: “Kujira is a whisky which truly speaks of its origins, its terroir. It even goes beyond the use of local ingredients and into the heart of what makes this sport on the earth’s surface different and special. Nowhere else makes a whisky like this. No one else can.”

The Kujira Whisky range is produced at the Masahiro Distillery in Okinawa, which was established in 1883 by Shobun Higa. Higa’s father, Shozoku Higa, was the master chef of the ancient Ryukyu Kingdom. Thanks to Shobun Higa’s reputation and connections, the distillery was awarded a licence to make the traditional Okinawan spirit awamori.

Today, the distillery is revered as one of the oldest and largest production sites in Okinawa, and its liquid is cared for by eighth-generation master distiller Masayasu Higa, using distilling methods that date back to World War II.

Okinawa is the hottest part of Japan, which accelerates whisky maturation – much to the producer’s advantage. The conditions mean whisky from Okinawa is favoured among stationed soldiers.

Kujira makes a point of difference from other whisky styles, such as Scotch, by being distilled entirely from indica rice and Okinawa’s unique ‘black koji’, which is used in mashing. The quick maturation time, means the whisky takes on a stronger aroma and bolder taste from the cask.

During the Middle Ages, awarmori was given as gifts in tribute to Japan Shogunate and China by the Ryukyu Kingdom. Similar to Champagne from France, awamori could only be made by certified distillers in the Okinawa prefecture of Japan. This is why awamori is sometimes referred to as the ‘king’s spirit’.

The distillery uses a hybrid distillation method, blending new make spirits from horizontal and vertical pot stills to get the ultimate desired aromas from indica rice.

Only the finest premium oak casks are used to mature the grain whiskies, ensuring each sip delivers a unique but profound taste that cannot be replicated anywhere in the world – a truly unique whisky. 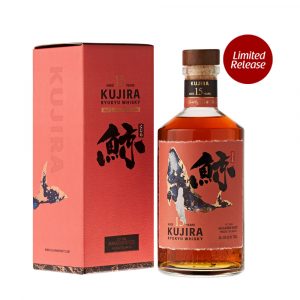 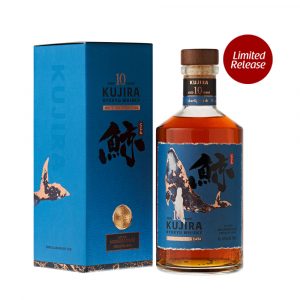 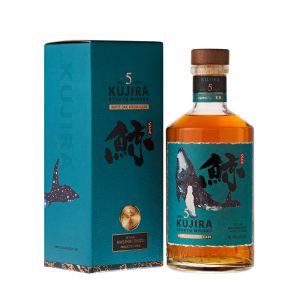 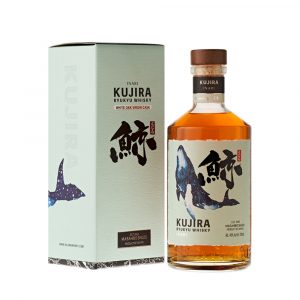